Black German Shepherd | 5 Facts That You Should Know

This confident large canine descends from a family of herding dogs in Germany. Originally bred for military and police work, the black German Shepherd is known for his intelligence, loyalty, and courage.

Black German Shepherds are natural protectors and fearless. They’re stunning to behold, but will not be content sitting around. They need plenty of exercise on a daily basis.

Why Do Some German Shepherds Have a Black Coat?

This gene can be passed on for several generations. So, a black German Shepherd puppy can be born to parents that do not have a solid black coat as long as they carry the gene.

How Much is a Black German Shepherd Puppy?

There are many reputable black German Shepherd breeders. Acquiring a dog from one of these breeders may cost more money and effort on your part.  Yet, you will be purchasing a puppy raised in a healthy environment and a lineage that can be traced back many generations.

The History Of German Shepherds With Black Coats

The German Shepherd as a dog breed was developed from farm and herding dogs in Germany. By the late 19th-century, they evolved into a distinct breed recognized for the traits that owner’s prize to this day.

Many dog enthusiasts point to Max von Stephanitz as the “father” of this breed. This is due to his work in developing and recognizing a majority of the characteristics displayed by German Shepherd dogs.

In 1899, he attended a dog show and noticed a dog named Hektor Linksrhein (later renamed Horand von Grafeth).  This dog would become the starting point for the German Shepherd breed.

The German Shepherd dog made its way into the United States in the early part of the 20th-century. American soldiers discovered their intelligence and utility during World War I.

The Appearance Of The Black Shepherd

German Shepherd black dogs range in height from 22-26 inches and weigh between 50 and 90-pounds. The black shepherd measures slightly larger than other shepherds within the breed.

The German Shepherd dog breed stands with its shoulders positioned higher than its hips, but the black shepherd is known to have a straighter back than its cousins with other coat colors.

While the AKC defines a medium-length double coat as the standard for the German Shepherd breed, the black shepherd is known for its variety of coat length and type. Their black coats can be found in any of the three varieties associated with the shepherd breed -double coat, long-haired coat, or plush coat. The longer hairs can be feathering, mane, or skirting flowing.

The body shape is similar among all shepherds as the dogs will be longer than they are tall, with a deep body and muscular legs (as described in the AKC German Shepherd Dog entry).

They are approachable and kind around family members or known family associates. Once they bond with you, they’ll be your lifelong friend.
Around others, they are aloof or distant. The black shepherd takes its time in making new friends. Strangers must earn their respect and trust.
If they feel threatened, a black shepherd will stand its ground and not back down. A trait needed into producing a great guard dog.

Black shepherds are intelligent problem-solvers and enjoy being active. This allows them to excel in obedience training and task-oriented services.
They thrive on training, playing, and working. Daily exercise such as putting a leash on your dog and taking them for a jog or a brisk walk is very important.

According to Vetstreet, German Shepherd dogs will live on average 10 -13 years.

They are classified in the herding group and will require an active life surrounded by family members for peak mental and physical health.

Even with the best possible living conditions, shepherds are known to suffer from a few health issues that you will want to keep in mind.

Hip Dysplasia: This genetic ailment creates abnormalities in the hip and socket structure of the dog. While this painful condition can be managed with medications and treatment, it will require lifelong management in order to keep your dog comfortable.

Osteoarthritis: This type of degeneration is found throughout the dog world, but it is easy to develop in the shepherd breed. If your black shepherd displays discomfort or is “slowing down,” diagnosis and treatment of this common ailment could improve your dog’s quality of life.

Degenerative Myelopathy: This genetic disorder is found in German Shepherd dogs, and can be identified after the dog has passed. Rear limb weakness will eventually lead to paralysis, and signs will not develop until the dog is middle-aged or older.

Megaesophagus: This condition affects the esophagus, causing it to not function properly. Dogs suffering from this will struggle with feeding, vomiting, and weight (requiring special dietary needs and elevated feeding).

Perianal Fistula: This disorder is often seen in German Shepherd dogs, and manifests as openings near the dog’s anus that constantly drain. While this disease can develop into more serious issues (such as secondary infections), there are a variety of treatments available that your veterinarian could prescribe.

Brushing: Your black german shepherd will require brushing at least 3-4 times a week for the best shedding control, thanks to its thick double coat of hair that sheds often.

These dogs will change their coats during the spring and the fall. Therefore, they will require more brushing during this time. 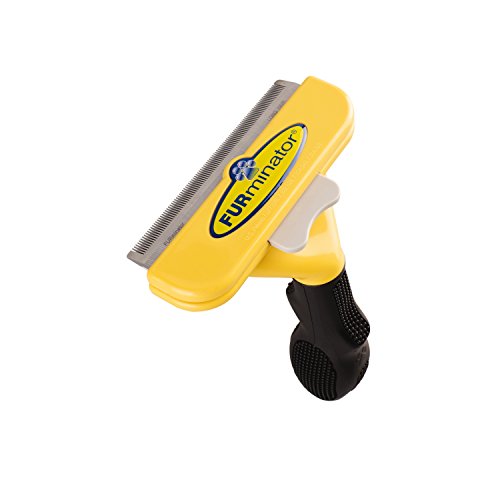 Bathing. A German Shepherd’s hair contains many natural oils. Bathing your dog more than once a month may cause their skin to become dry (the AKC recommends bathes once every 4-5 months in their grooming article). In addition, it’s important to use shampoo made specifically for a dog due to their specific Ph levels.

General Grooming. You will also want to regularly clean your dog’s ears and teeth, as well as trim their toenails carefully.

Black German Shepherd puppies will often eat more than adult dogs and require more calories.  They should be feed 3 smaller meals each day. A food formulated for puppies is recommended because they are designed specifically for the nutritional needs of young and still growing dogs.

The number of feedings can be reduced to once or twice each day once your black german shepherd puppy reaches six months of age. A detailed article from Shepherd.com on feeding can be found here.

If you are considering adding a Black German Shepherd to your family, feel comfortable in knowing that you will be acquiring a friendly and loyal pet who will seek your companionship over the next decade.

While they act aloof and may look intimidating to strangers, these dogs possess an even temperament and are approachable. They are good with children, and their intelligence allows them to excel as guard, service, or work dogs.

They will require attention from family members and will do best if they are provided an active lifestyle.

The breed is classified in the herder group, and a German Shepherd black coated dog will be slightly larger and should find a home with plenty of room, not a cramped apartment space.

Black German Shepherds may be rare, but their personal dispositions and qualities represent the standard benchmark that all dog breeds are judged by!